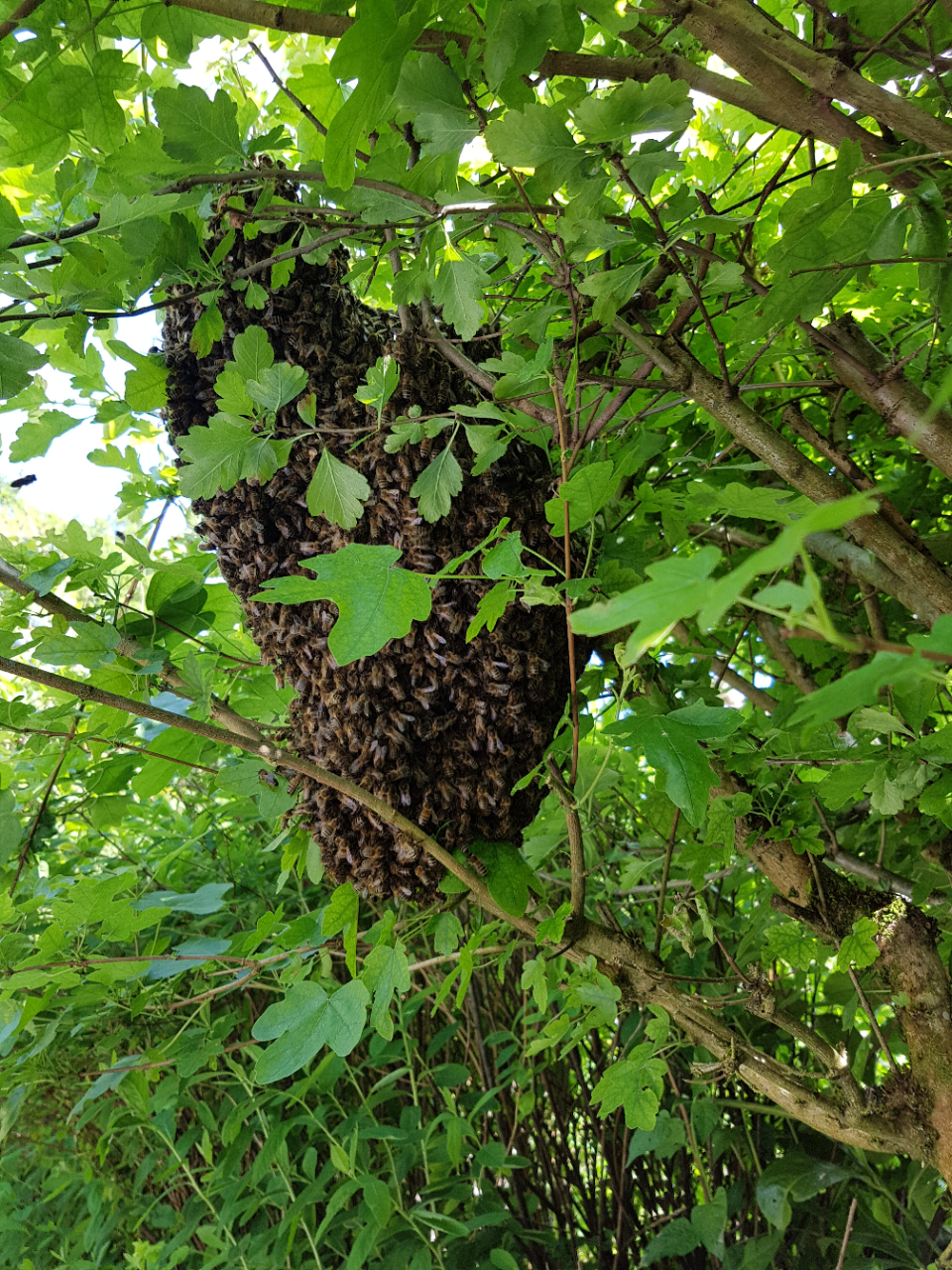 My bees swarmed this morning. An amazing sight, beautifully performed in full splendour, in bright sunshine on this glorious British summers day. They settled in the hedge between my house and the neighbours. I cut a gap through the hedge and created a telescopic pillowcase to catch them. They then moved to my neighbours apple tree! much easier to catch. just as i prepared to get them, they moved again…. to the next neighbours garden.  A couple of hours later they gathered in the tatty cardboard box, I had left strategically near them.

No images found!
Try some other hashtag or username

No images found!
Try some other hashtag or username